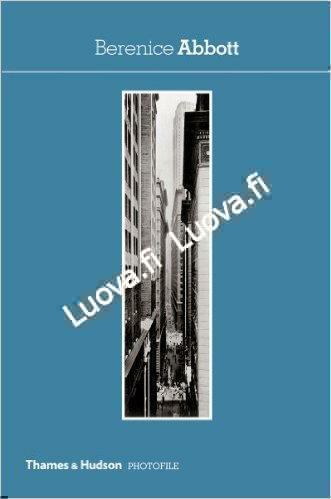 Although she was born in the US, it was in Paris that Berenice Abbott’s lifelong passion for photography was forged. She first took up the art while working as an assistant to Man Ray, but soon left to set up her own studio where she photographed the leading lights of Paris’s literary and artistic circles, including James Joyce and Jean Cocteau. She also met and was inspired by the great photographer Eugène Atget, whose work she tirelessly promoted. On her return to her homeland, Abbott began her major project, Changing New York, in which she documented the interaction between the city’s dramatic architecture and its people in a series of remarkable images that made her name. By the time of her death at the age of 93, Abbott’s diverse body of work had earned her a place as one of the greatest American photographers.