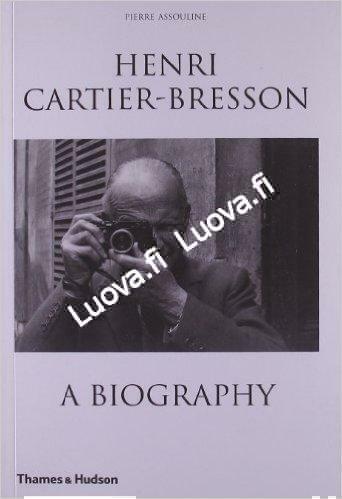 The twentieth century was that of the image, and the legendary photographer Henri Cartier-Bresson was the eye of the century. Cartier-Bresson was always on the spot, the great opportunist, seizing life’s historic events as they happened. His eclectic eye focused on Africa in the 1920s, the Spanish Civil War, the Liberation of Paris, Gandhi a few hours before his assassination, and the victory of the Chinese communists. This sensitive biography is the result of the meeting of two minds, revealed in much the same way and with the same truth as one of Cartier-Bresson’s inimitable photographs. He was also assistant to Jean Renoir on three major films. He was an artist who wanted to be an artisan, and he was one of the founders of Magnum, the most famous of all photographers’ agencies. It was he who fixed forever the features of famous contemporaries: Mauriac; Giacometti and Sartre as characters from their own works; Faulkner, Camus and countless others. An intensely private individual, Cartier-Bresson nonetheless took Pierre Assouline into his confidence over a number of years, discussing such subjects as his youthful devotion to surrealism, his lifelong passion for drawing, his experience of war, his friends and the women in his life. He even opened up his invaluable archives. Pierre Assouline is editor-in-chief of the magazine Lire. He has written critically acclaimed biographies of Georges Simenon, Hergé, Gaston Gallimard and Daniel-Henry Kahnweiler, as well as the novel La Cliente and non-fiction books on Lourdes and the Camondo dynasty of Jewish bankers.