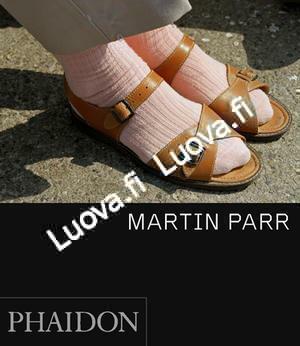 The work of Martin Parr (b. 1952) bridges the divide between art and documentary photography. His studies of the idiosyncrasies of mass culture and consumerism around the world, his innovative imagery and his prolific output have placed him firmly at the forefront of contemporary art. He has also made a number of influential photobooks on his work, including The Last Resort (1986), Think of England (2000) and Boring Postcards (2000) and is himself an avid collector of books and a world authority on the photobook, co-authoring The Photobook: A History Volume I and Volume II with Gerry Badger in 2004 and 2006. He has been the subject of numerous exhibitions including a major travelling retrospective that originated at the Barbican Art Gallery in London in 2002, with an accompanying catalogue by Val Williams (Phaidon Press, 2002). An active member of the Magnum photographic agency since 1994, Parr has also worked in fashion and commercial photography, and film-making.