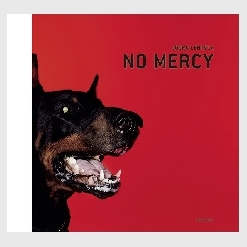 »I try to capture innocence and rage. Anyone who has been a teenager knows it ain’t fun. It’s not a very nice situation…« Jouko Lehtola This book is a retrospective of all the major bodies of work that comprise the photographic career of Jouko Lehtola (1963 – 2010). However diverse his themes may be, collected together they resemble many arms all connected to the same body moving in the same direction just in different ways. His career began in the 1990s, with photographs of rock stars and people attending music festivals. Over the years, his themes became more sombre and socially critical and defined the Finnish urban youth culture. He also raised the issues of domestic violence, drug and alcohol abuse and our social taboo’s towards sexual deviations that exist on the fringes of our society. Lehtola in particular was an already established Rock ‘n’ Roll documentarist which afforded him the opportunity to move within the framework of any given situation without the fear of reprisal. His images walk the talk in the same way as Larry Clark’s works did in the 1970’s.