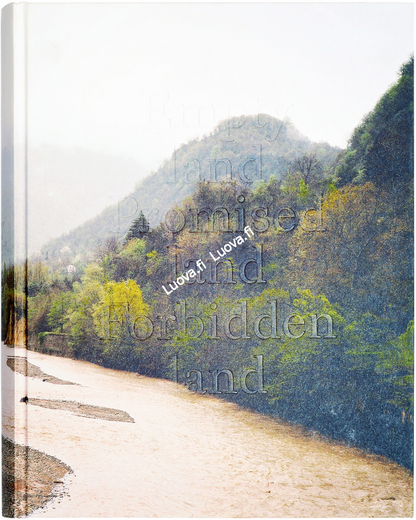 Publisher’s Description In Empty Land, Promised Land, Forbidden Land photographer Rob Hornstra and writer Arnold van Bruggen explore the unknown country Abkhazia on the Black Sea. Abkhazia broke away from Georgia after a short, violent civil war in ’92-'93 and was recognised as independent in 2008 by Russia, Venezuela, Nicaragua and the atoll of Nauru. Hornstra and Van Bruggen spent the last four years travelling through the country, seeing how it is slowly trying to claw its way out of isolation. They visited the refugees in Georgia and described the attempts made by the Abkhazian government to repopulate the empty, war-ravaged country with new immigrants. Abkhazia was once the holiday paradise of the Soviet Union’s elite. During the war of independence many hotels and sanatoria were shot to pieces. The country is empty – more than half of the pre-1992 inhabitants have fled – and impoverished. But an increasing number of Russian investors and tourists are discovering the country. After signing cooperation treaties, Russia took over Abkhazia’s border patrol. In the meantime, Abkhazia is trying to convince Turks of Caucasian descent to emigrate to Abkhazia. In Empty Land, Promised Land, Forbidden Land, Hornstra and Van Bruggen sketch a picture of Abkhazia from the perspective of many different Abkhazians, from pupil to president, in cities and in the countryside. It is the first time that the young country has been so extensively portrayed in words and images. Rob Hornstra and Arnold van Bruggen together form TheSochiProject.org and are regarded as pioneers in crowdfunding. Support from donors (currently 352) enables them to travel to the Caucasus several times a year. The five-year documentary project aims to map the changes taking place in and around the Russian city of Sochi, which will host the Olympic Winter Games in 2014.