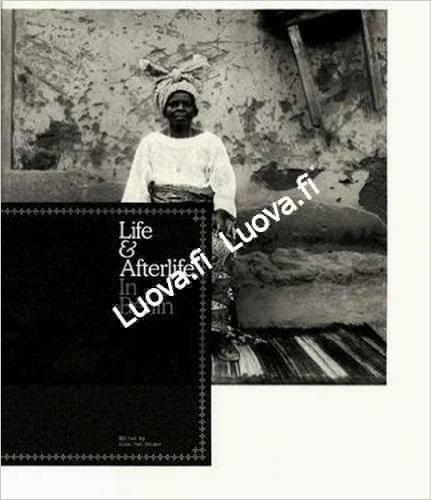 Life and Afterlife: In Benin

Life and Afterlife: In Benin

Photography plays a crucial role in most of our lives – but rarely in our deaths. Yet if you happened to live in the West African country of Benin during the 1960s and 70s, photography was quite literally a matter of life and death. It is a commonly held belief in many non-Western cultures that a person’s soul lives on, as if trapped, within the photograph. In Benin, with its rich spiritual traditions of animism (voodoo is now Benin’s official religion), whereby fetishes or objects are regarded to embody powerful spirits, the photograph came to play a fascinating role in the rituals of death. This unique collection of portrait photography, painstakingly assembled and conserved by the West African art specialist Alex van Gelder, opens an entirely new chapter in the history of African and world photography. Most people’s knowledge of African photography is limited to the Bamako school of Mali, whose masters Seydou Keita and Malick Sidibé were discovered at the beginning of the 1990s. But where Keita and Sidibé worked predominantly in the town, taking pictures of a young urban population keen to establish the modernity of their lives, here in Benin the photographers were often very ambulant, travelling by bicycle to far flung places to find their clients, and sometimes developing their exquisitely crafted photographs in makeshift darkrooms constructed in the bush. Marked by dark dramas and deep mysticisms, these portraits record a people caught between a pre-colonial past and a post-colonial future. For many of the people in the photographs it would be their first and last encounter with a photographer. Among the weddings and communions, the courting couples and proud parents, lie startling images of revenants and juju men, voodoo priests and priestesses, thieves and assassins, prostitutes and pimps, and an extraordinary sequence of 'après-mort' or death-bed portraits. This unique and groundbreaking assimilation of rare images – analysed by poet and curator Okwui Enwelor, one of the world’s great authorities on twentieth-century African culture – brings to life a series of mysterious stories from a context that is stigmatized by a tumultuous history.