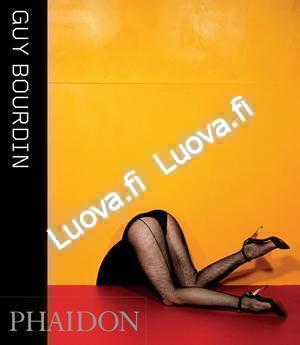 Guy Bourdin was born in Paris in 1928 and received his first photographic training whilst performing military service in Senegal in 1948–9. His photographs were first shown in Paris in 1952, the catalogue for which exhibition included an introduction by Man Ray, and he began working for French Vogue in 1954. Inspired by Man Ray’s brand of Surrealism, Bourdin rejected the descriptive roles of photography in favour of an exploration of the medium’s capacity for the divergent. Along with certain American photographers, notably Edward Weston, Bourdin recognized a concern with formal perfection and extremely high finish that became his own objective, one perfectly adapted to the deceptive sophistication of fashion imagery, the landscape in which he developed his ideas for over thirty years. At French Vogue, Bourdin demanded and was allowed unique editorial control and amazingly he extended this to his principal client in advertising, the shoe company Charles Jourdan, who first commissioned him in the 1960s. Bourdin’s approach to campaigns reflected a distinct change for advertising in this period. Bourdin rejected the 'product shot' in favour of atmospheric, often surreal tableaux and suggestions of narrative. Bourdin was not alone in demystifying the object, but he was the most radical in his approach. The impact of the imagery of Guy Bourdin on both commercial and fine art photography continues to resonate today, Bourdin made radical changes both in the style and the meaning of commercial imagery. His fashion shoots are mysterious, hypnotic, surreal, exposing the true and unnerving nature of desire. He shows that, within the context of fashion, it is rarely the product that compels us. It is the image – carefully staged narrative of sexual fantasy, the quest for the unattainable, the suggestion of danger – that stimulates consumer desire.