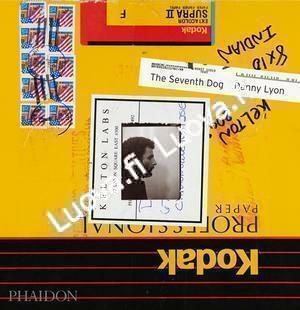 The Seventh Dog is a new monograph/photobook by American photographer Danny Lyon. Organised chronologically, this artist’s book tells the story of Danny Lyon’s 50-year-career as one of America’s most original and influential documentary photographers. Groundbreaking as a photobook in itself, Lyon tells this story starting in the present day and going back in time to the beginning of his career in the 1960s when he photographed the American civil rights movement and the Chicago bikeriders. Through text and image – colour and b&w photographs, original photo collages, letters and other ephemera (many published here for the first time), and Lyon’s own writings – this is a story of Danny Lyon’s personal journey as a photographer – a story about photojournalism, the move from film to digital photography, about Lyon’s life and quest as a photographer, and of America.