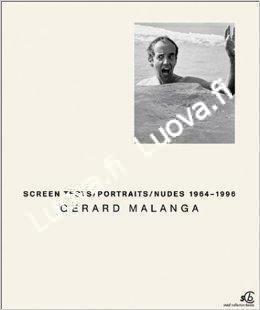 Steidl Collectors Series. Gerard Malanga made his reputation as a co-founder of Andy Warhol’s factory. His career as a photographer began there between 1964 and 1966, when he and Warhol made screen tests of 300 people. Later on, he became famous for his portraits of Iggy Pop, Robert Mapplethorpe, Tennessee Williams, Alice Cooper, Mick Jagger, Lou Reed and William S. Burroughs. These photographs take the viewer back to pop culture (as it once was) and the Beat Generation. Still later, throughout the 80s and well into the 90s, Malanga gave the viewer a taste of the magical relation of femininity to charm, as embodied in his nudes.