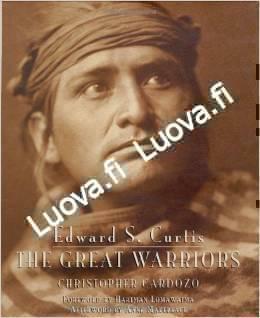 The book, the first of the series that will take an in-depth look at many of the subjects dearest to Curtis, collects one hundred of his most compelling photographs of tribal leaders and warriors. Some 40 percent of the photographs presented are either very little known or previously unpublished.

These indelible portraits of Native Americans by Edward S. Curtis, made at the dawn of the 20th Century, have become among the most avidly collected, published, and sought-after emblems of early encounters with American Indian life. Curtis is famous for photographing every major Native American tribe west of the Mississippi, taking more than 40,000 negatives of 80 tribes between 1896 and 1930. No record of these Native people from this period is more comprehensive. Now, after decades in obscurity, Curtis’s work is enjoying a renaissance and is being celebrated in a series of exhibitions as well as in publication that have just begun to suggest the scope of this remarkable photographic achievement. This book, the first in a series that will take an in-depth look at many of the subjects most important to Curtis, collects 100 of his most compelling images of tribal leaders and warriors. They are drawn from the collection of Christopher Cardozo and feature iconic Curtis pictures as well as several little-known gems.