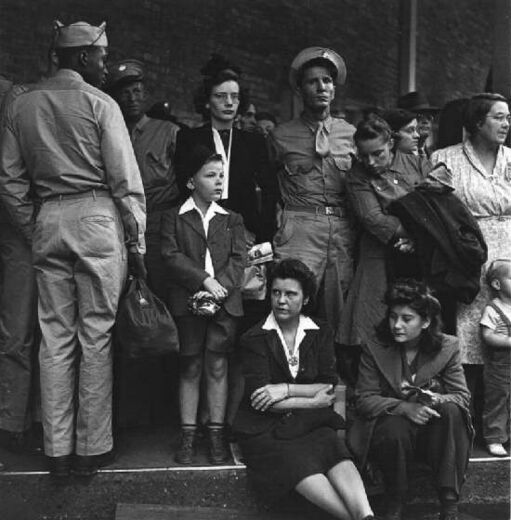 This monograph is dedicated to the career of Esther Bubley, one of America’s leading photojournalists. Bubley’s mentor was Roy Stryker, for whom she worked at the Office of War Information in Washington, D.C., and at Standard Oil in New York City. Under Stryker, Bubley learned to document the spectacle of modern industry and the lives of ordinary people in a fast-changing world. From the early 1940s to the late 1960s, she also freelanced for national magazines, producing forty photo-essays for Life, a dozen more for the Ladies' Home Journal’s famous series, “How America Lives,” and numerous projects for non-profit organizations and major corporations alike. At a time when career options for women were limited, Bubley rose to the top of an overwhelmingly male-dominated field. The 5,000-word essay by photo historian Bonnie Yochelson explains the working life of a photojournalist during the pre-television era when picture magazines dominated the national media. In collaboration with Yochelson, Tracy Schmid, Archivist of the Bubley estate, and Jean Bubley, Executor of the estate, contribute original research and interviews with Esther’s colleagues and contemporaries, highlighting her achievements and accomplishments. The book includes seventy-five of her finest images as well as magazine layouts, which illustrate how Bubley’s photographs were originally seen by millions of Americans. While Bubley’s talent was well recognized at the time—her work was shown in three Museum of Modern Art exhibitions—she was not a celebrity and did little to promote herself. Having received far less attention than she deserves, this book aims to introduce a selection of her best work to a wider audience. Bonnie Yochelson is a photographic historian and freelance curator. In 2001, she co-curated 'Esther Bubley: American Photo-Journalist,' at the UBS/PaineWebber Art Gallery in collaboration with the Bubley archive and estate. She is the author of Berenice Abbott: Changing New York, The Complete WPA Project (1997), and is co-author of Rediscovering Jacob Riis (2005).