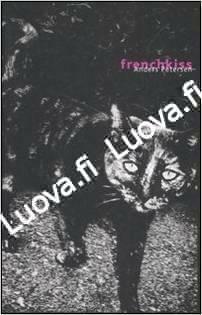 Swedish born, Anders Petersen is a world renowned photographer, noted for his intimate and personal documentary-style black-and-white photographs. Petersen explores the fringes of society and his images depict a raw, and sometimes disturbingly brutal, social portrait. Taken in the South of France, French Kiss is characteristic Petersen, exuding the poetic sadness, restlessness and sense of urgency that runs through all his work. When the work was first shown at Arles Photography Festival the response was astounding: ‘They made everything else on display at the huge photography festival pale in comparison. They became the ‘buzz’ in Arles. And everyone realized that Anders Petersen (that wildly energetic 62-year-old guy) is still making some of the most arresting personal documentary photographs today – Jim Casper, Lenswork. Petersen first became known for his series Café Lehmitz, a daily chronicle of the regulars – transvestites, prostitutes, drug addicts and harbour workers – of a Hamburg bar in the Reeperbahn, the city’s once notorious red-light district. Starting in 1967, Petersen continued the project for three years. The photobook of the same name was published eight years later, in 1978, first in Germany, and then in France (1979) and Sweden (1982). Café Lehmitz has since become regarded as a seminal book in the history of European photography. Anders Petersen has published more than 20 books and his work has been exhibited widely. Published May 2008