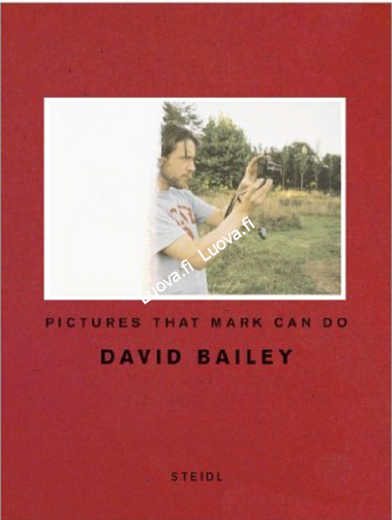 David Bailey - Pictures that mark can do

David Bailey - Pictures that mark can do

'Mark is good-natured. He finds the best in most things. To explain more would be too much. These are just pictures that Mark can do.' Photographer David Bailey is famously a bit more mercurial than the assistant of his title-a massive social force in the 1960s world of Twiggy, Catherine Deneuve, the Beatles and the Who, and a model for the lead in Blow Up. But while he is a master in his medium, he readily accepts that photography is technologically-driven and democratic, and that many family compositions have been taken millions of times, varying only in the identities of their subjects. Bailey also takes such snapshots, images with unusual ease and freedom for him but unusual weight for their ilk. In compiling them, he observed that they seem so easy that even Mark, his assistant, could make them, and the quip became his title. Which is not to say that he doesn’t value these photos very highly: Asked to name his best picture in a recent interview, he answered, 'Snaps of my kids.'