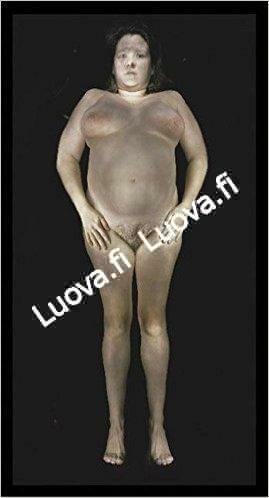 In this previously unpublished body of work, Gary Schneider presents a haunting series of nudes that emerge and seem to float above a receding black ground. Each image is rendered through a long exposure and by exploring the surfaces of the skin with a small handheld flashlight. Due to the prolonged time required and the inevitable movements and consequent distortions that occur in the process, the results both reveal and obscure the intimate physical details and emotions of the individual who poses. The sensibility and the obsessions of the artist are reflected by his decisions to expose certain areas more than others. The skin-tones are lush and luminous as they emerge from the darkness, yet these portraits also disturb as a result of the exaggerations and irregularities–the blurred traces of unconscious gesture matched with a stiffness that implies the innate physicality and mortality within each body. Gary Schneider was born in 1954 in East London, South Africa. His work is recently the subject of a major exhibition that opened at Harvard University’s Fogg Museum in February 2004, and incorporates his previously acclaimed solo exhibition, Genetic Self-Portrait, an artistic response to the Human Genome Project. He has shown extensively worldwide, including Museé d’Elysee in Lausanne, Switzerland; the Museum of Fine Art in Houston, Texas; the Whitney Museum of American Art in New York; and the Museum of Contemporary Photography in Chicago, Illinois. He is represented by Julie Saul, New York; Stephen Daiter, Chicago; and Howard Yezerski Gallery, Boston. “Schneider illuminates the interdisciplinary issues of contemporary art and science, conceptual art and performance, portraiture and identity, and privacy within the public sphere.” –Deborah Martin Kao