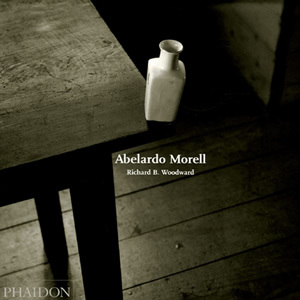 Born in Havana, Abelardo Morell emigrated to the United States in 1962, where he took his first photography course after winning a scholarship to Bowdoin College – a small liberal arts college in Maine. There, Morell experimented with a variety of photographic techniques to create surreal effects that reflected his feelings of alienation as a Cuban living abroad. He proceeded to complete the graduate programme at Yale University, where he worked within the framework of Robert Frank and Garry Winogrands tradition of black-and-white street photography. In 1983, he began teaching at the Massachusetts College of Art in Boston, where he remains a professor. In 1986, Morell began a family and his fascination with his son engaged a new interest in this domestic environment as a subject. Morell began exploring the world from a childs perspective  approaching mundane household objects in a new way that challenges the viewers perception of reality and how we see it. Morell transforms everyday objects by distorting angles and using extreme close-ups, and by exploiting perspectives that confuse and jar with our expectations. For instance, viewed from below a stack of toys blocks tower over the viewer; and a close-up of liquid pouring from a jar seems ominous and dramatic rather than an everyday occurrence. Similarly, Morell continued to transform the familiar into the surprising in his series of photographs of books, maps, American money and, more recently, a series that illustrates a new edition of Lewis Carrolls Alices Adventures in Wonderland. This preoccupation with reality and illusion is most clearly realised in Morells series of camera obscura images. He takes an ordinary room and tapes black plastic over the windows, leaving only a 3/8” hole for the light. After setting up a large-format camera in the room and pointing it at the opposite wall, Morell leaves – a single exposure takes 8 hours. In the resulting images a scene of Brooklyn floats upside-down along the walls of his sons bedroom; global landmarks like the Uffizi and the Eiffel Tower are projected across hotel rooms. In this, Morells best known and most ambitious series, the distinction between the outside and the domestic world is merged and his preoccupation with the mechanics of human vision and the principles of photography is illuminated. Morell continues to teach, publish and exhibit his works. His photographs are included in numerous public collections and individual shows, including the major travelling exhibition `Abelardo Morell and the Camera Eye` (2002).