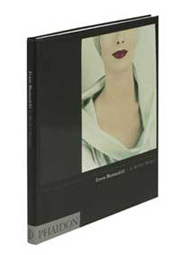 “An accessible, collectable book on Erwin Blumenfeld. Blumenfeld (1897–1969) is one of the 20th century’s most influential fashion photographers. Born in 1897 in Berlin, Germany, Blumenfeld eventually made his way to New York City where he would cast an indelible influence on American fashion photography in the 1940s and 50s.