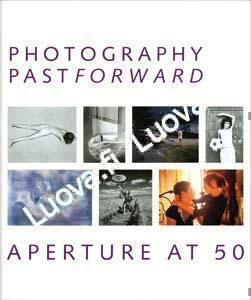 In October of 2002, Aperture released a 240-page golden-anniversary hardcover book that comprises, in effect, the pictorial history of the second half of the twentieth century. The book features 250 images by photographers published by Aperture magazine over the past fifty years—from the masters of the twentieth century to today’s emerging innovators. More than forty images in the book have never before been published. The book traces Aperture’s fascinating history as well as the currents in photography that have brought the medium to its present status as one of the most important art forms. It demonstrates how Aperture has shaped this evolution while expanding the international audience for photography and the visual arts.