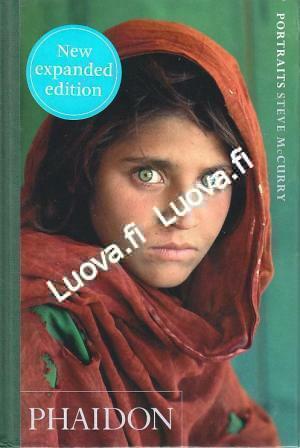 Steve McCurry never set out to take portraits. Critically acclaimed and recognized internationally for his classic reportage, over the last twenty years he has worked on numerous assignments, travelling extensively throughout the Middle and Far East. McCurry has won first prize in the World Press Awards, and was named Magazine Photographer of the Year in 1984. In 1985, McCurry photographed an Afghan girl for the National Geographic. The intensity of the subject’s eyes and her compelling gaze made this one of contemporary photography’s most celebrated portraits. This and the other memorable faces he has encountered while travelling throughout the world form a compelling and strangely moving series of unique street portraits: unposed, unstylized images of people that reveal the universality of human emotion.